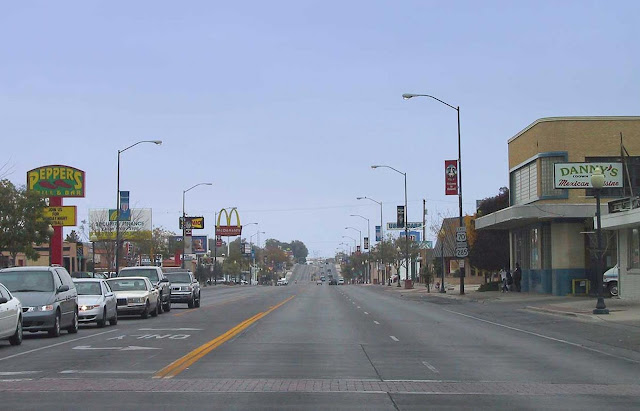 Imagine the most average town in the world.  Now fill that place up with thousands of disappointed tourists and you've got Roswell.  People go to Roswell thinking it'll be hippies and UFO hunters and costumed conspiracy nuts, but in truth its furniture stores and parking lots and Deny's.  It's like any small town you may have driven through, except the Disney channel made a show about it. The local affinity for alien iconography is just slightly less than an average town's affection for their high school mascot. Depressed yet? Welcome to Roswell.

Truth be told, there's nothing really wrong with Roswell, the whole thing started as an inside joke from the one night I spent there on a road trip in 2012.  We'd driven something like 14 hours that day and rolled into town deliriously tired in the middle of the night.  We needed something to make fun of and, well, Roswell's kind of an easy target.  You could make all these same jokes about basically any town, and Roswell is just sort of a placeholder  for "some depressing small town."  It's all just a joke, and I hope that the dear people of Roswell are good humored enough to get that.

Though, from what I've seen of Roswell, I wouldn't bet on it.

Roswell Chamber of Commerce is written by Matt Korostoff, Cody Cobb, and Gwen Prowse, the latter of whom is not on the internet and it's your loss.